HSPC - Highland Solicitors Property Centre
Find your perfect property in the Highlands & Islands of Scotland
Inverness is a bustling modern city, the capital and administrative centre of the Highland region. With a population of close to 80,000 the city is the largest population centre in the area and benefits from a wide range of facilities and services, a thriving entertainment and dining scene, and a wide range of opportunities for shopping and other activities. The city offers an excellent range of potential locations for your new home or property. From city centre living to contemporary luxury developments. There really is something for everyone.

Inverness, the capital city and administrative centre of the Highlands, is located at the mouth of the River Ness on the east coast of northern Scotland. It is a fast growing city and currently has a population of almost 80,000 people making it by far the largest population centre in the Highlands and Islands. The city is split into a number of different areas, with the older parts such as Crown and Merkinch close to the centre, and newer development such as Culloden and Hilton slightly further out.

The city is served with excellent transport links. The main north south road route, the A9 passes close to the centre of Inverness allowing access south to Glasgow and Edinburgh in around 3 hours, and north via the Kessock Bridge. The A96 leads east to Nairn, Moray and Aberdeen (around 2 hours 20 minutes), and the A82 allows journeys south west to Fort William (around 1 hour 30 minutes). Inverness is also served by an airport (20 minutes drive east of the city via the A96) with UK and international flights. The city is also an important rail hub with links east to Aberdeen, south to Glasgow and Edinburgh, north to Thurso and Wick, and west to Kyle of Lochalsh.

As a major centre for the Highlands, Inverness has a wide variety of attractions that appeal to both visitors and locals. Some examples include the excellent Eden Court arts venue and cinema which hosts internationally renowned musicians and performers, the world famous Culloden Battlefield and visitor centre, and Inverness Leisure, a health centre with a swimming pool, gym and climbing wall, among others. Inverness is a relatively compact city that lends itself well to walking and cycling, it also boasts an excellent selection of quality pubs and restaurants.

A city within one of Europe’s last great wilderness’, many stunning locations lie within day trip of Inverness, the Cairngorm National Park, Glen Affric, the beaches of Nairn and Moray, the scenic villages of Ullapool and Gairloch on the west coast, to name but a few. In the winter the ski resorts at Cairngorm and Nevis Range are within easy reach. Several recent national surveys have found Inverness to be among the happiest places to live in the UK. When you spend a little time here it’s not hard to see why! 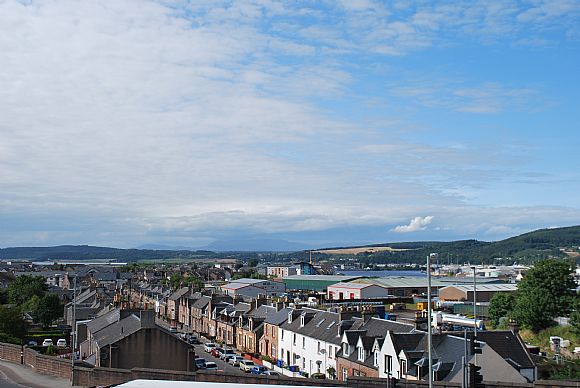 The city is also the home of The University of The Highlands and Islands, with a stunning new state-of-the-art campus opened in 2015 offering a range of courses. The headquarters of Scottish Natural Heritage, and Highlands and Islands Enterprise are both in Inverness, and significant local employers include Lifescan and Orion Group as well as the retail sector based around the busy Eastgate Shopping Centre.

The area of modern Inverness has been populated since prehistoric times. It is mentioned in the 6th Century Life of St Columba has been an important population centre for many hundreds of years. More recently Inverness will always be associated with the Battle of Culloden which took place to the east of the city and marked the bloody end of the 1745 Jacobite uprising.